Union Cemetery was established in 1854 on property purchased from William Huscroft and augmented over the years by purchases and donations. Located at 1720 West Market Street, it ran from there to Lincoln Avenue in the south end of Steubenville. The property that was not suitable for cemetery use was donated to the city of Steubenville and became Beatty Park.

Through careful planning and maintenance it became well known throughout the country as one of the most beautiful cemeteries in the nation and is often visited by tourists to admire its beauty and its monuments, some of which are a bit unusual.

Among the well known interred there are the Grand Parents of Woodrow Wilson, family members of Edwin M. Stanton, The Fighting McCooks, among many others. Two more deserve a mention and a visit. Chief Red Cloud who is reputed to have lived 140 years and Moses Fleetwood Walker, the first African American major league baseball player.

Was Chief Red Cloud really 140 years old? Visit our research department and have a look at records we have on file.

Stop at the office just inside the cemetery gate, and the staff will be happy to give you a map and directions. 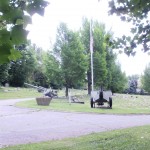 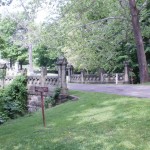 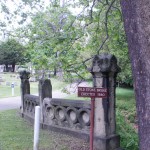 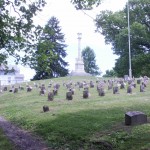 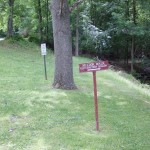 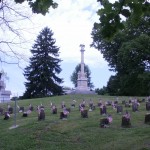